Harbour Business Forum (HBF), initiated by Business Environment Council (BEC), was awarded Certificate of Merit for its "Harbour Connectivity Study", by the Hong Kong Institute of Planners (HKIP) on 16 October 2008. The Study, commissioned by the consortium comprising Urban Design & Planning Consulting Ltd, Masterplan Ltd, and Scott Wilson Ltd, was among the thirteen entries submitted for the competition.

According to HKIP, the Harbour Connectivity Study presents a comprehensive proposal for various small-scale improvement works that could be carried out in many areas along the harbour-front. It illustrates a good effort and initiative taken by an individual organization as a community project that may have positive impact on the planning for the harbour-front. The judging panel considered that the attempt and intention of the Study commendable. The practical and innovative ideas presented could serve as good reference for Government departments to take forward proposals in providing improvement to our harbour-front. 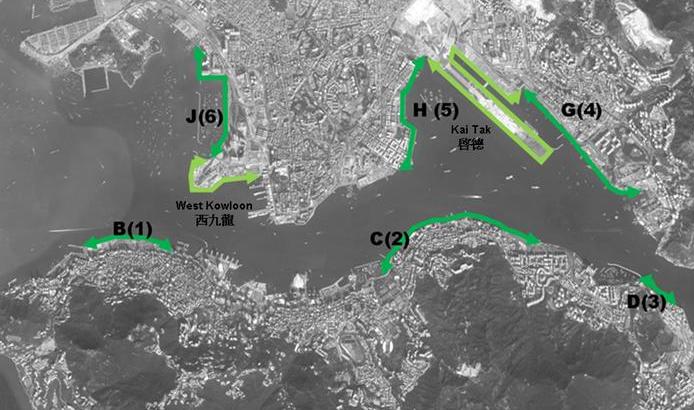 "We are deeply honored by this accomplishment," said Mr Rhydian Cox, Chairman of the Executive Committee of HBF, "Not only did we gain recognition among fellow planning experts in the government, environmental sector, professional institutes and academia, we achieved our goal to promote greater access by the public to the harbour."

HBF's Connectivity Study looks at the connectivity around and to the harbour and proposes several key recommendations which will enhance the harbour's pedestrian connectivity by 137% from 8.8km to 22km. The study focuses on six "forgotten waterfronts" of Hong Kong such as Heng Fa Chuen, Kowloon Bay, To Kwa Wan and Sai Wan Ho, joining up previously inaccessible areas through the development of a continuous harbour-front promenade, and recreation areas.

The goals of the study was to improve connectivity along and to the harbour-front, with better land and water access to the selected areas; a continuous waterfront pathway of between 10 and 30 meters wide and providing amenities such as water fountains, kiosks and seating along the way.

Through extensive assessment 6 areas were selected based on their potential for connectivity, locational importance, land use, physical functions, recreational significance and tourism potential. The six selected areas are:

The six key proposals put forward by the study are:

Notes to the media

About the Harbour Business Forum

The Harbour Business Forum (HBF) was formally launched in 2005, due to a concern about development in and around the harbour could have a negative impact upon the future development of Hong Kong. HBF is primarily a research driven think tank with a distinct, if discreet lobbying edge defined by its principles and objectives. These include the creation of an overarching agency for the harbour and the need for any harbour development to have greater access to the harbour.